Jamey Crimmins came up with the idea for Jam Kancer In The Kan while training for the New York City Marathon in 2014. Jamey was running as a member of “Fred’s Team,” a group of runners that fundraises for Memorial Sloan Kettering Cancer Center every year. Still mourning the loss of his father-in-law and a close friend to kancer, Jamey decided to run that year to honor their memory.

During the summer leading up to the marathon on November 2, 2014, Jamey discovered Kan Jam while playing it at a family reunion. It sparked an idea to use the game to host a community fundraising tournament. Jamey proposed the concept to his wife, Beth, and  friends Keith and Suzanne Goldberg. Beth, whose father Bruce passed away from a rare form of bile duct kancer in 2012, and Suzanne, a two-time kancer survivor who lost her father Paquale to Glioblastoma kancer in 2008, knew first-hand how kancer can change life in an instant and immediately signed on.

Together, the four friends organized the inaugural Jam Kancer In The Kan tournament on September 20, 2014 in the Goldberg’s backyard in Scotch Plains, NJ. Their first event raised $14,296, with 24 teams participating. Ever since, Jamey, Beth, Keith and Suzanne have continued to spearhead the efforts of the Scotch Plains/Fanwood Kancer Jam and hold the event every September — growing its reach and reputation both inside their community and beyond. 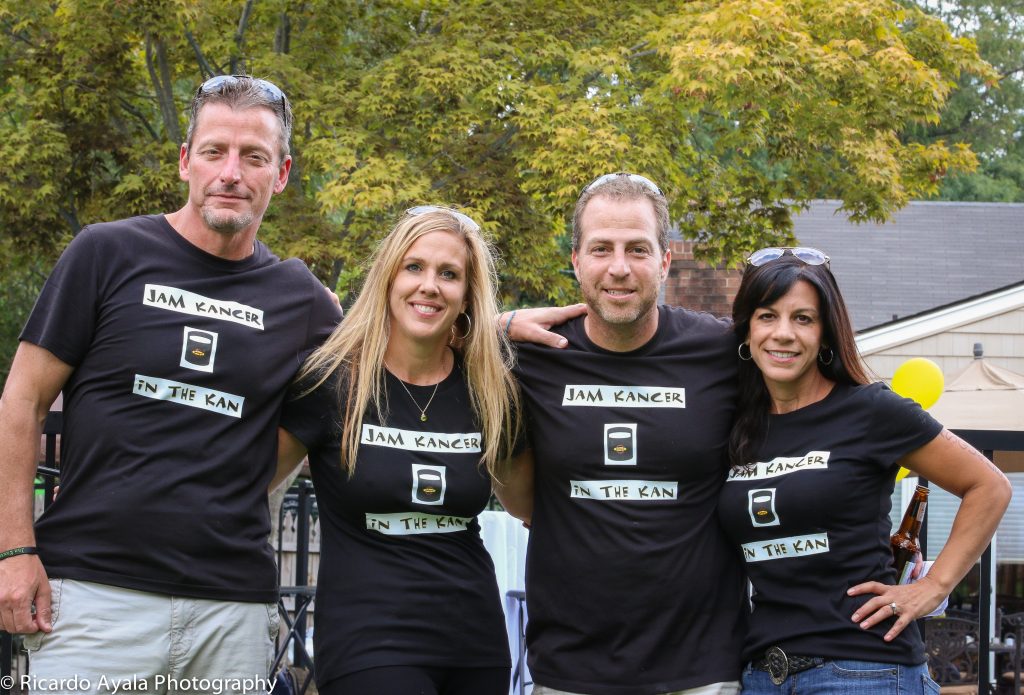 No stranger to grassroots campaigns, Jamey has spent his career in sports and entertainment marketing. He has guided clients like Jon Bon Jovi, Kerry Collins, Jake Plummer and others to establish their own charitable foundations. In addition, he has created and managed creative platforms for giving back for the likes of the Heisman Memorial Trophy, ‘N Sync, Richie Sambora and others. His wealth of experience developing and managing these platforms helped him build Jam Kancer In The Kan from the ground up. It has now become a donor-advised fund operating under the umbrella of the Community Foundation of New Jersey.

In 2016, Anders Lee of the New York Islanders saw a speech given at a Kancer Jam event. It was delivered by a kancer patient named Fenov Pierre-Louis (Friends of Fenov), who was 15-years-old at the time. Inspired by Fenov, Anders decided to host his own Anders Lee Kancer Jam, which led to multiple #ANDERSJAMs since (Anders Jam). Following his lead, fellow NHL stars and philanthropists Zach Bogosian of the Buffalo Sabres (Bogo Jam) and Kevin Shattenkirk of the New York Rangers (Shatty Jam)  hosted their own Kancer Jams during the 2017-2018 season.  During the 2018-2019 season, teammates Ryan McDonagh and JT Miller will join our roster of Jambassadors and represent the Tampa Bay Lightning. Mac & Millsy Kancer Jam (Mac & Millsy Kancer Jam) is set to take place in Tampa Bay in February 2019. More details of these and other potential NHL Kancer Jams to come.