Fenov called the words below a Tribute Poem. He wrote it to honor two of his biggest heroes, his mother Mathilda & his buddy Anders Lee. Please take a moment to read these words, as they also manage to reveal the depth of this incredible young man. Don't worry, Fenov- you've made an incredible impact on the world, and you will inspire us forever.

The strength of my mom is something I'll never forget

She played with the bad cards she had, but she never did fret

Never broke into sweats, or at least not in front of me;

When I would feel down, or felt like I couldn’t do it

Who helped me through it? None other than Mathilda Pierre-Louis

I didn’t grow up in slums, or section 8’s of an inner city

But when you’re down looking up, the bottom don’t look too pretty

I didn’t have great beginnings, and life’s not too great now

Even so, what would always cross my mind is the question of how

How I could make a lasting impression upon the earth

I want to make people proud, and inspire with words

Who would’ve thought that it would start with a speech at a Kancer Jam?

When things go bad in my life, and I feel just so cold

I stop to think about the Ice, and then I feel so warm

Give me 27 pairs of Sneakers, and it would last a long time

And trust me, 27 dinners would do well to satisfy

I'll say that one thing that never ever crossed my mind

Is that that same guy would come to be a friend

Fenov Pierre-Louis was invited to be a guest speaker at the 3rd annual Scotch Plains/Fanwood Kancer Jam on October 1, 2016 at the suggestion of his high school principal, Colleen Gialanella, a regular fundraising participant at the event. Though only 15 years old at the time, Fenov showed a maturity well-beyond his years as he recounted his experience dealing with Stage 4 Nueroblastoma kancer. His incredibly positive message while recounting the horrors he’d encountered during his years of treatment left nary a dry eye in the house, and earned him a place in the hearts of all in attendance.

Fenov was first diagnosed at age 9, and by 2011, was in remission. Unfortunately, the disease returned in 2012, and with his devoted mother Mathilda by his side, Fenov fought the disease the only way he knew- with a positive attitude, a smile on his face, and an appreciation for life.

Fenov was a student at the Academy of Information Technology, one of the top high schools in the United States. Despite missing a great deal of time due to his constant treatments, he was an honors student and was inducted into the National Honor Society. He dreamed of becoming a bio-medical engineer.

Just days after Fenov’s speech, New York Islanders star Anders Lee viewed a video of Fenov’s speech and was so inspired that he decided to stage his own Kancer Jam event, saying “ I want to help that kid and kids like him”. Anders invited Fenov to an Islanders game, and a close friendship was born.Fenov was invited to be the guest speaker at the Anders Lee Kancer Jam, and wowed all in attendance. Lee wrote an article about his friendship with Fenov, which may be viewed HERE

In 2017, Fenov and Anders attended the 4th annual Scotch Plains/Fanwood Kancer Jam, and were presented plaques appointing them as Official Jambassadors of the Jam Kancer In The Kan Foundation

Fenov was again the guest speaker at the 2nd annual Anders Lee Kancer Jam on February 19th, 2018 and though his disease was progressing and continuing to take a great toll on his body, he delivered yet another profound message of positivity and hope. You may view his speech in its entirety HERE.

Knowing that his disease was progressing rapidly, the New York Islanders invited Fenov to drop the ceremonial first puck before the Islanders’ March 26th game versus the Chicago Blackhawks. With his buddy Anders by his side, Fenov lit up the arena with his trademark smile. You may watch a video of the ceremony HERE

In May of 2018, Anders invited Fenov and Mathilda, along with his sister Sciaska and cousin Adrienne Dorcent to watch him play for Team USA in the I.I.H.F. Hockey World Championships in Denmark. The group traveled together to Denmark, where Fenov watched Anders and Team USA defeat the Czech Republic to advance to the medal round. Fenov and family then continued on to Italy, where they spent 8 days touring the country, thus fulfilling a lifelong dream for Fenov.

Fenov’s health continued to decline, and he was hospitalized in June of 2018. On July 18, this amazing young man finally succumbed to a disease that he had fought with poise, grace and dignity for so long. He inspired many, with videos of his speeches having been viewed over 200,000 times. Though our hearts are broken, we think of Fenov and his trademark smile and we are warmed. We remain committed to honoring his memory, and to carrying forth his message of compassion, positivity and hope. 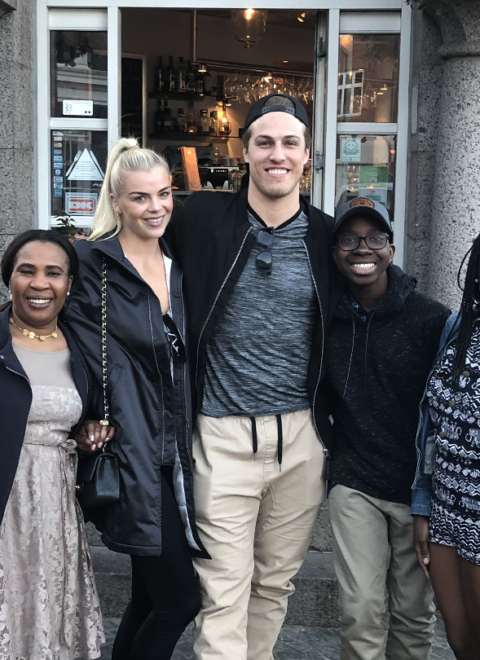 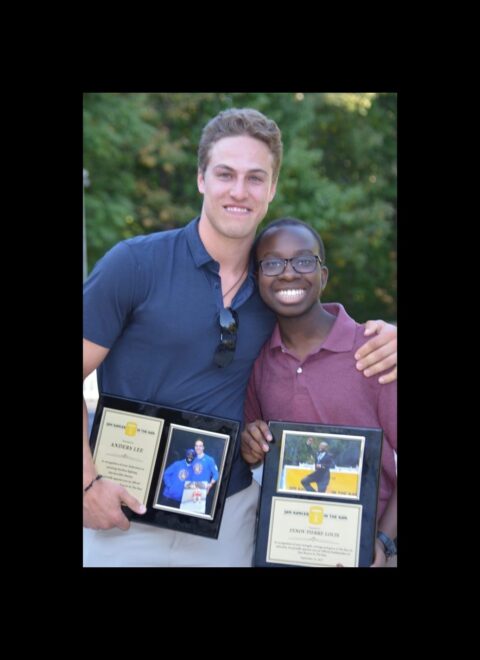 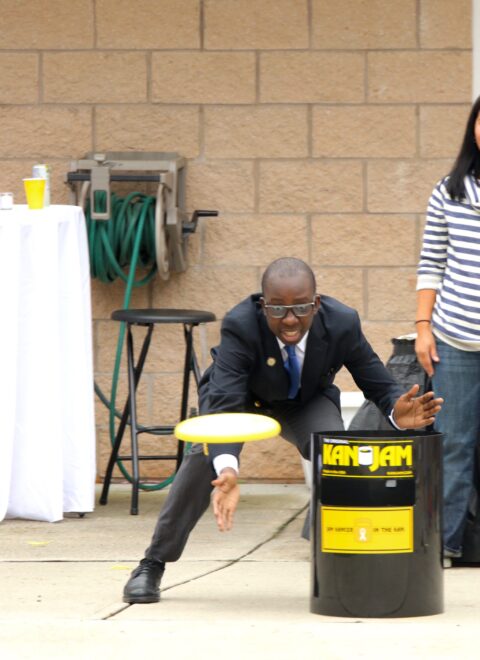 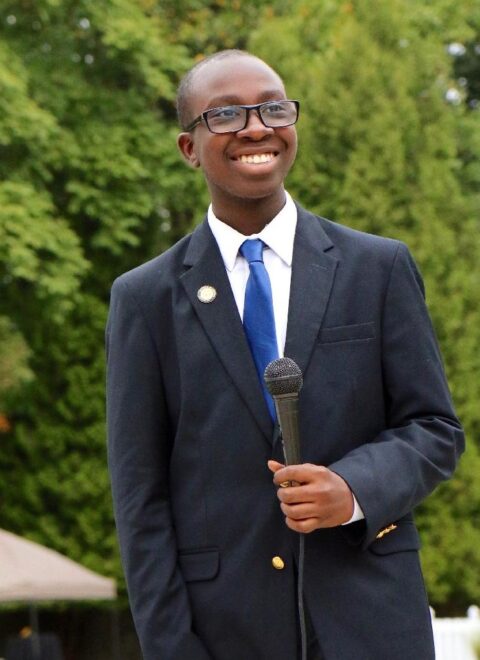